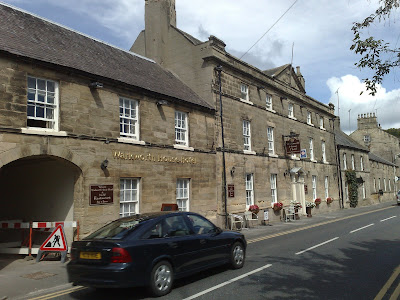 Warkworth House has been a favourite of mine for a number of years though I must say it was for its food rather than its beer.
There have been a number of changes to the bar, now known as No.16. A fairly good number of enhancements, but the beer choice remains totally inadequate. Two pumps on show but only one
in service. The inevitable Black Sheep of course.
Still a good place to eat though.
Posted by Jack at 07:04