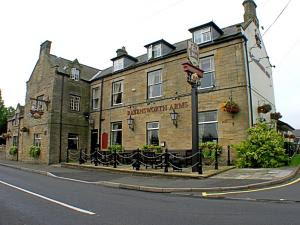 Gateshead, NE11 0ER - 0191 487 6023
The Ravensworth Arms has two literary claims to fame. It is alleged that Lewis Carroll wrote (or conceived) his immortal classic ‘Alice in Wonderland’ and it is also believed that Catherine Cookson was conceived here as her mother Kate worked behind the bar and occasionally took in guests, if you catch my drift.(I wasn't there as it was just before my time. Honest!)
I arrived on the scene in the sixties whilst working at the Team Valley and was entertained at the Ravensworth by quite a few salesmen selling their industrial wares. The food then was always good.
Today the service was on the duff side and a singular real ale tap of Wells Bombardier was eventually brought into action, after a shout of 'SHOP!' from your Cask Task representative.
Shame. I was still after the food and service of the sixties.
Posted by Jack at 01:16