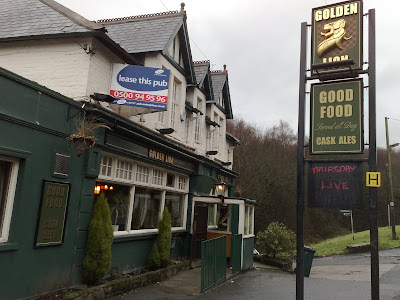 Cask Task had passed the Golden Lion a week previous and it appeared to be closed. The place was open this time but did not look very inviting. In we ventured any way.
To say the pub looked run down would be an understatement. No atmosphere. No customers. A feeling that the place was on its last legs.
A pint of Directors or Old Speckled Hen were the two alternatives but that feeling, and I hope I'm wrong, of impending doom, could not be shaken off.
Good luck to anyone who takes the pub on. They'll need it!
Posted by Jack at 07:21